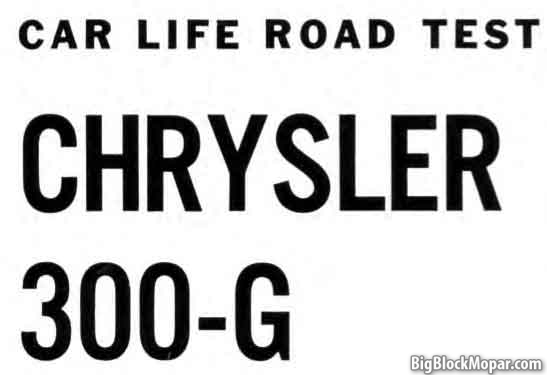 Chrysler “300” series cars have, from their beginnings even years ago, been truly outstanding machine for a very special type of ownership.

Summed up, the Chrysler 300-G is a deluxe four passenger sports car or, more correctly, a Grand Turismo (Touring) type of sports car. It is big, it goes, it handles and it is remarkably economical. Equally important, perhaps, is the fact that the 300-G brings back much of the fun element to driving. We hated to part with it. 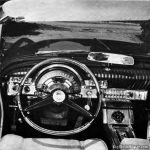