Somewhere in May this year I put my Dart on the dyno at Ludwig Performance to get a baseline comparison-number from it’s current poweroutput.
I didn’t expect much of it because in ’73, these puny 318 motors got a measily 150hp on the crank spec’d from the factory.

40 years of wear and abuse wouldn’t make things better either, and the switch to propane, a fuel with less energy in it won’t help either.
To top it all off I’ve replaced the transmission and rearaxle for beefed up versions.

The only things I’ve done to the motor are switching to 5w20 oil, cold air-intake, and improve the ignition curve for the propane fuel and it’s LPG convertor and mixer enrichmentcurves. The mixer is placed right on top of the stock 2-bbl carb on the all stock castiron engine.

After the first run I was surprised to see a rearwheel output of 145hp @ 4340rpm.
Still nothing to write home about, but in relation to the factory supplied number of just 150 ‘engine’ horses, I’m fairly amazed where those horses came from, or that the factory perhaps gave out very conservative numbers to satisfy the insurance companies at the time.

In some following dynoruns I played with timing and mixture a bit but all resulted in less power to the wheels.
Quite satisfying to know that I had adjusted the car pretty much ‘spot on’ with my butt-dyno.

Performance numbers of the first and best run; 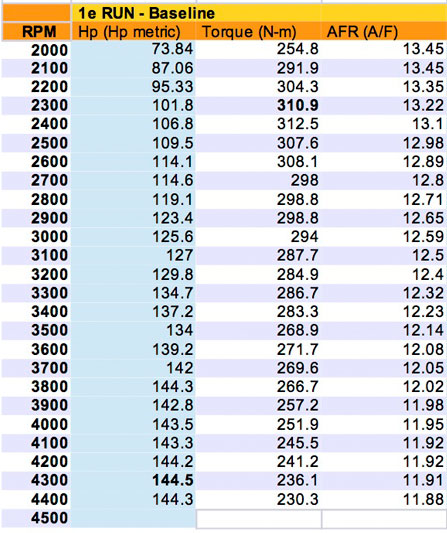